Yesterday we traveled to Connecticut's gold cost to peruse the plant offerings at Oliver Nurseries in Fairfield.  Oliver is a beautiful and meticulously maintained nursery located in the heart of Fairfield County, the wealthiest county in CT.  As you might expect, the selection of annuals is unusual and extensive but they aren't cheap which is why we wait and go towards the end of the month after haunting all the other places.

If you've been following my blog then you know that plant buying isn't just about the plants but also about the food.  In keeping with that theme, our first stop was at Isabelle et Vincent, an authentic French pastry shop and bakery also located in Fairfield. 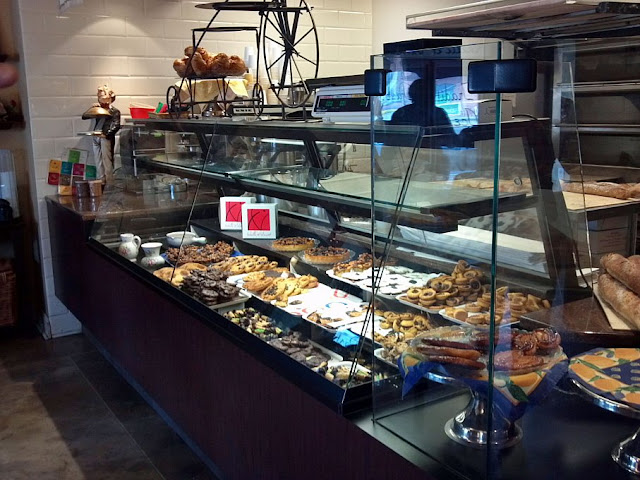 The plan was to pick up desserts and stash them in a cooler for later.  If you were thinking easier said than done you would be correct.  Cases of sinfully delectable pastries-I wanted one of everything!  After much deliberation and consideration, the desserts were finally selected and we piled back into the car for the five minute ride to Oliver's. 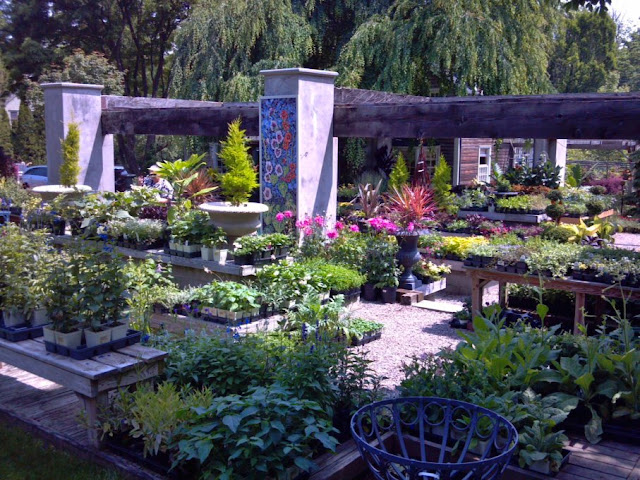 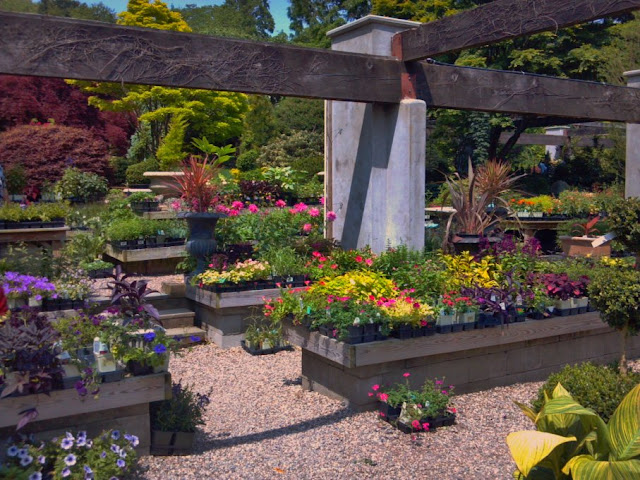 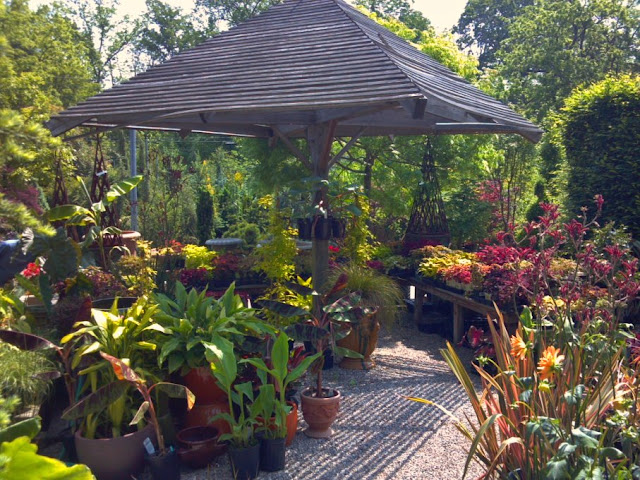 Even if you think you don't need any more plants, I highly recommend taking a trip to Oliver's.  In addition to the beautiful and well stocked annual display, they also have a full complement of trees, shrubs and perennials.  The nursery is also a display garden planted with unusual well grown specimens.  No shortage of ideas here. 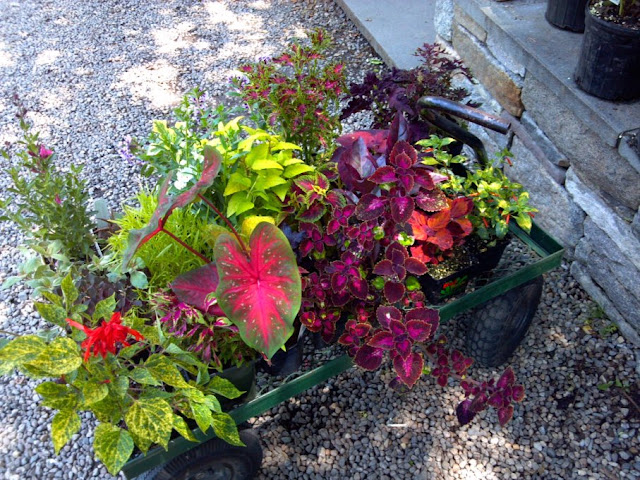 Despite hauling home hundreds of plants over the past few weeks I still managed to find a cartload of stuff I couldn't live without.  Years ago I stopped trying to figure out how this happens and just go with it. 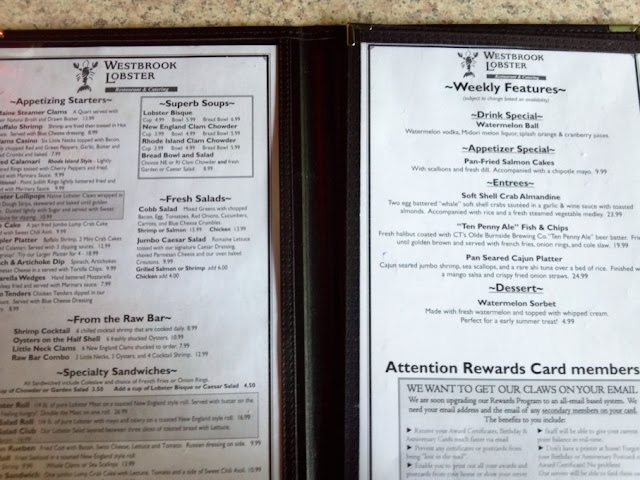 Although we had planned to stop at Twombly's Nursery in Monroe, we decided to deep six that idea and head directly to our lunch spot, Westbrook Lobster.  Westbook Lobster in Wallingford is located in a cool old mill building.  It's nothing fancy-quite the contrary.  The dining room is dark and cavernous but located in the back of the restaurant building is a shady covered outdoor balcony that overlooks the Quinnipiac River. 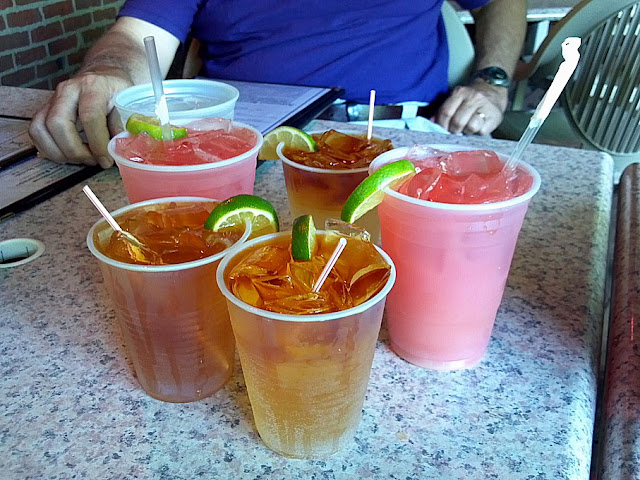 First things first.  For some it was a Dark and Stormy afternoon but not for me.  Usually I don't drink anything stronger than wine. 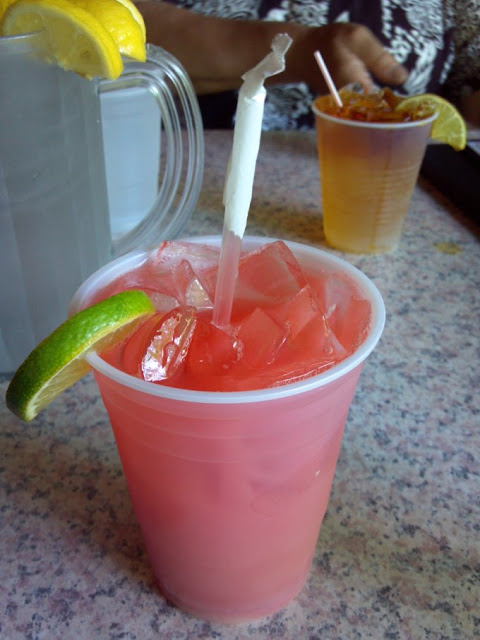 But at Westbrook Lobster I toss caution to the wind, and go with a Goombay Smash.  Besides rum I have no idea what's in it but it sure is good. 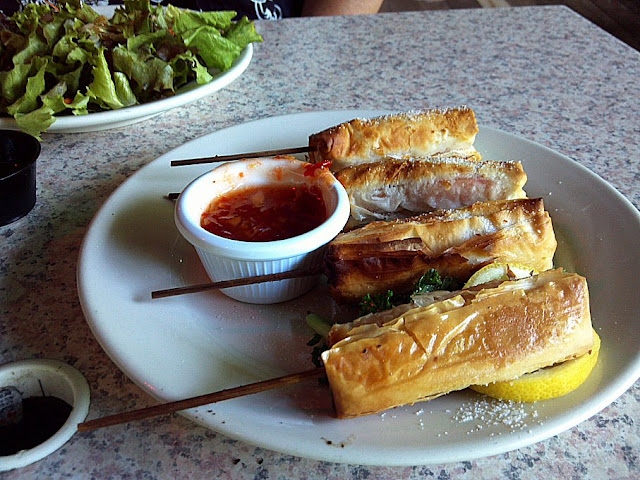 Whoever created the lobster lollipop appetizer is a genius,  Lobster claws wrapped in phyllo dough, baked, dusted with sugar and served with chili sauce-T O-D I E-F O R!  For lunch I ordered the hot lobster roll.  It was good but instead of real drawn butter it was served with some liquid butter flavored oil substitute.  I'm a lobster roll purist so next time I'll either order something else or ask for real butter. 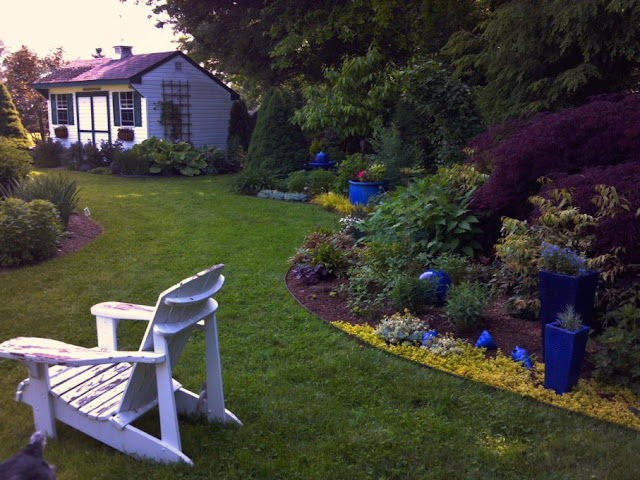 After lunch we returned to my friend Monique's fabulous garden for a tour.  Monique's garden is one of the best private residential gardens I've ever seen.  Her extensive collection of unusual trees, shrubs, perennials, tropicals, annuals and garden art is magnificent and beautifully designed. 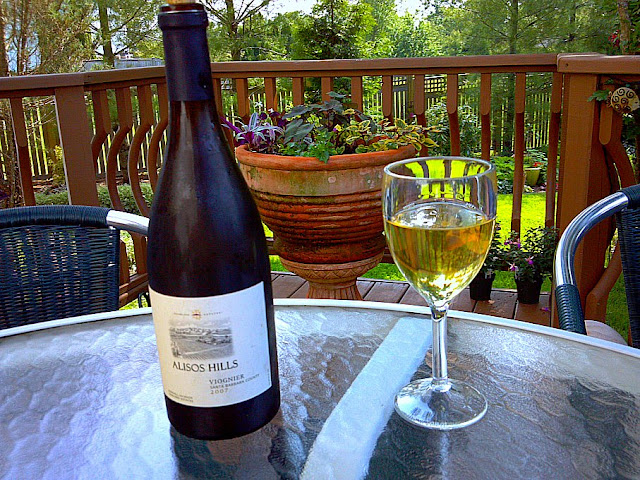 On the wine list was a Viognier left over from the batch we had shipped home from the Kendall Jackson Winery two years ago during our annual garden get together in Napa.  My bottles are long gone.  Monique obviously exercises better restraint. 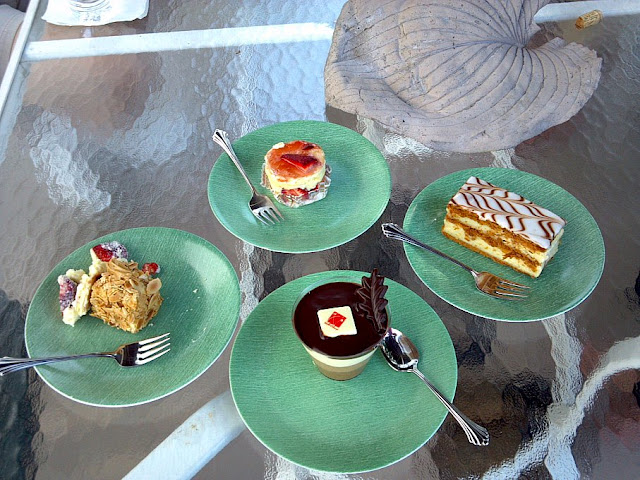 And finally we were able to sample the desserts from our morning foray to Isabelle et Vincent.  What a beautiful four day kickoff to summer weekend for me.  Does it get much better than this?  I think not.