I've seen my share of outdoor showers.  Usually they are utilitarian set ups located in the shadows on the back side of summer cottages, often adorned with a cobweb, a sliver of soap in the drain.  Despite my experience, Pinterest boards often portray them as over the top dream home or garden design elements.  But Pinterest is for dreaming.

During my garden touring trip to Long Island, NY last June, my friends and I visited the private garden of Connie Cross in Cutchogue.  Connie is a well known garden designer and owner of Environmentals, a wholesale nursery.


Encompassing five acres, the mature garden includes many garden rooms, an elaborate chicken coop and a beautiful pool area.  The garden is frequently open to the public and has been featured on Martha Stewart's blog.


We've all toured many fabulous gardens both in person and via some sort of media.  Our different styles and tastes dictate that some will sing to us louder than others.  Earlier in the day I had visited the personal garden of Dennis Schrader and Bill Smith (which you can read about HERE).  On my garden rating scale of 1 to 10, Dennis and Bill's garden was an 11.  Admittedly hard to top.

Although I enjoyed my tour of Connie's garden, for me it wasn't an 11.  But that doesn't mean it was any better or worse than Landcraft just not as much my style.  Given the opportunity I would definitely visit again and so should you.  Since I was looking for something in this garden to set it apart, what caught my eye at Connie's was this imaginative and cleverly designed outdoor shower. 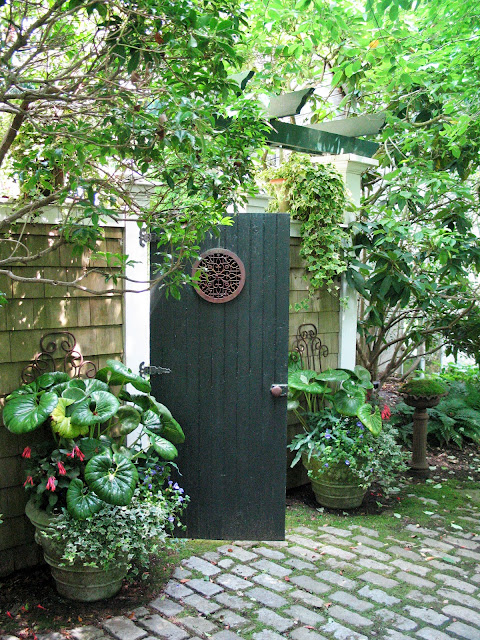 An over the top outdoor shower worthy of a Pinterest pin. 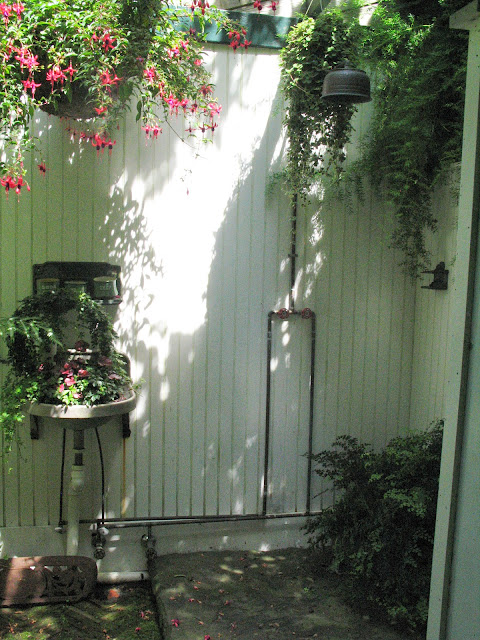 Complete with lush plantings and vintage details all wrapped up with a touch of whimsy. 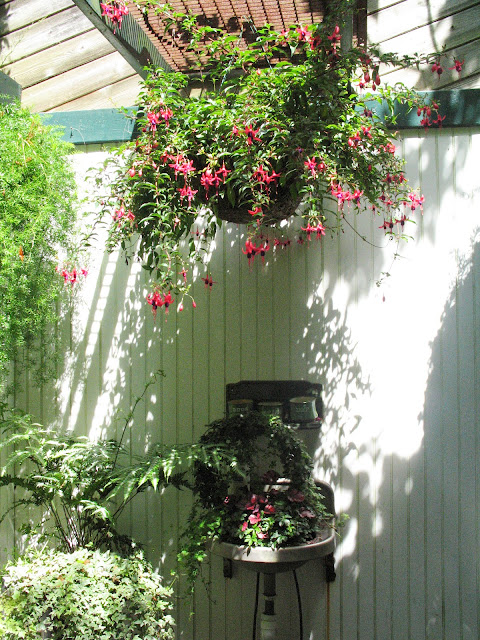 And fully operational.  I did ask and was told the shower does get used. 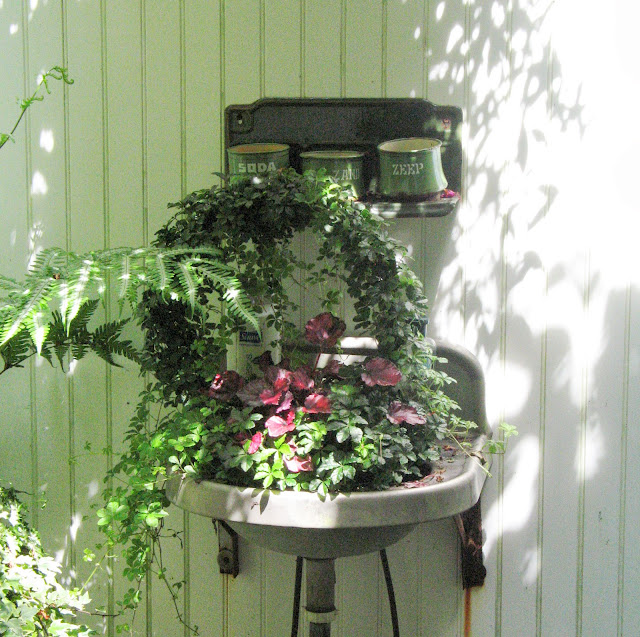 I'll admit to being skeptical though as this all appears to be for show.  But that's OK. 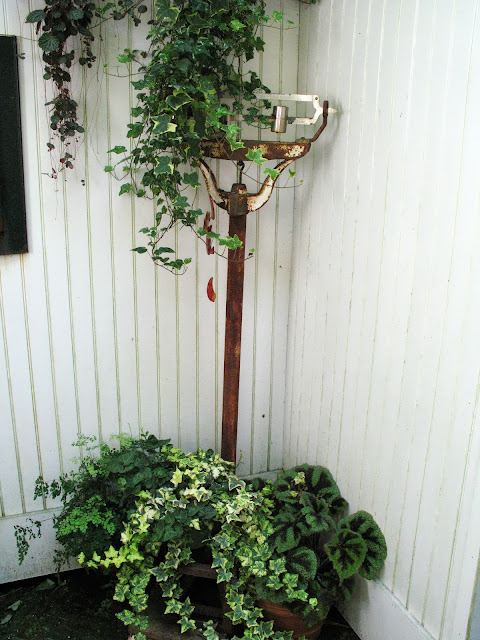 Because a little fantasy in the garden is never a bad thing. 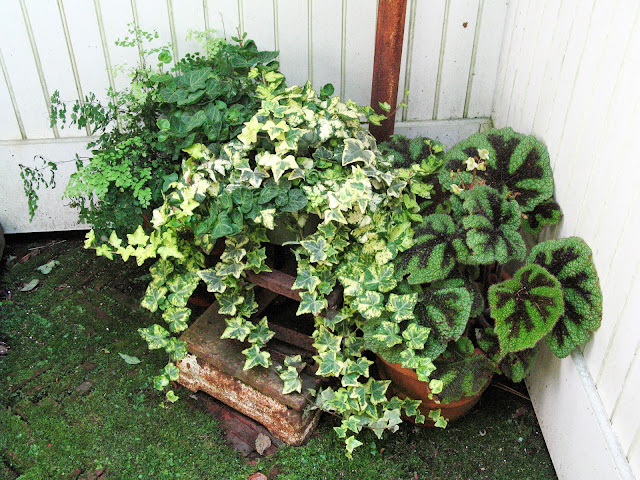 As much as I delight in unexpected surprises and staged areas in a garden, I feel I've neglected to design any into my own.  Maybe I'm too practical or so familiar with my own garden that I just don't see them.  How about you?  Does every area of your garden need to be functional or is there room for a bit of fantasy?  Dreaming is what gets us gardeners through the next few months so let's dream!