Not too many perennials catch my eye.  Most don't live up to my standards of fairly long bloom time and season long foliage interest.  After witnessing years of under impressive performance by P. 'Husker Red' (before finally shovel pruning it), I was hesitant to try another purple foliage Penstemon.  Being that I'm somewhat of a purple foliage nut and a firm believer that one cannot have too much purple foliage in the garden, I'm always on the lookout for something purple.

On a recommendation from Monique, who has never led me astray, I bought and planted Penstemon 'Dark Towers' last spring.  It was in bloom but I didn't get a good feel for it's flowers.  However, after cutting back the spent flowers I was impressed that the foliage held up all season and remained dark-not at all the experience I had with the muddy dull foliage of 'Husker Red'. 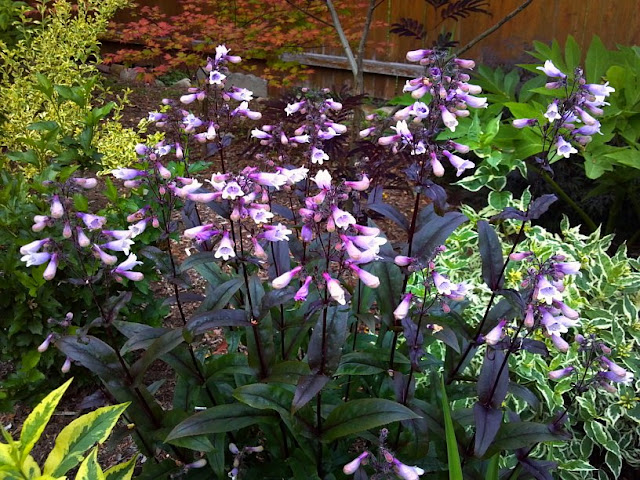 Well the flowers definitely caught my attention this year.  And check out those dark purple stems!  Ooh-la-la! 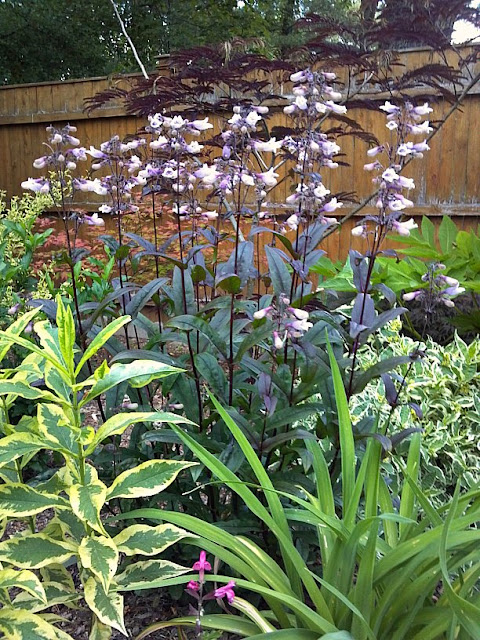 White Flower Farm lists the bloom time on this plant as July-Aug.  It's blooming now in my garden and was blooming around now when I bought it last year.  Due to a mild winter, most plants are blooming earlier than usual around here but I have a hard time believing this will bloom as late as August.  Plan for 30" of height when in bloom.  Mine is growing in part afternoon sun and doing just fine. 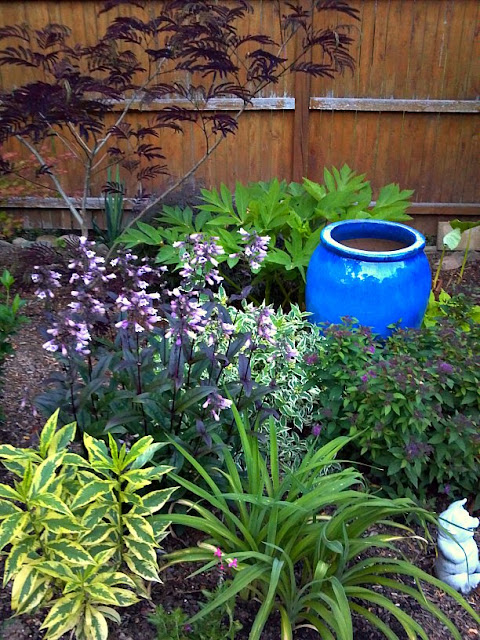 Early indication is you can't go wrong with this plant.  I think it's time I pick up a few more of these bad boys and sprinkle them around other areas of the garden and I suggest you do too!
Posted by Sue at 9:27 PM