Goodbye To An Old Friend 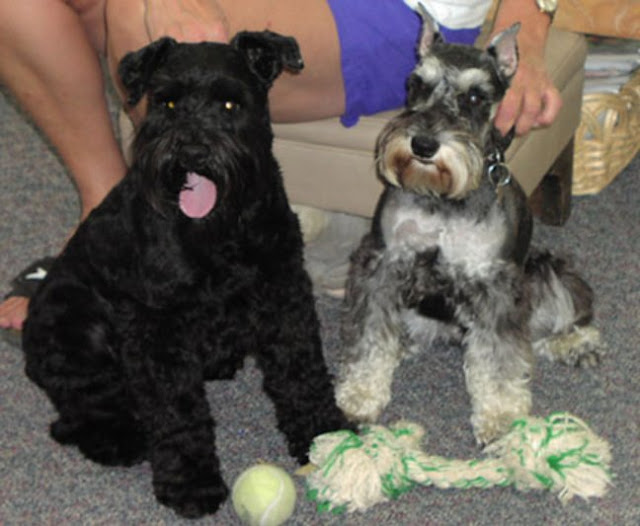 In 2001, Nick and I traveled to Oregon and Washington to attend the annual Portland Miniature Schnauzer Club Schnauzer Walk.  For many years I had been participating in the now defunct Hoflin schnauzer e-mail list.  In 2000 when Nick was a puppy we joined an off-shoot of that list creatively named "The Puppy Group".  The group included a handful of people from all over the country (but mostly from the west coast) who had recently acquired new miniature schnauzer puppies and wanted to chat about them and share experiences.  When the opportunity for Nick and I to attend the Schnauzer Walk and meet some of my new friends came about I jumped at the chance.

At the walk, Nick received an award for the schnauzer who had traveled the furthest but as luck would have it, we missed the whole event,  Due to a nightmare of airline travel snafus we were forced to spend a night in Chicago and the following morning in San Jose before finally landing in Portland.  After visiting with a puppy group friend in Portland we traveled to a beautiful island in south Puget Sound.  CL, our host had invited us to spend the remainder of the week at her vacation home on the island.  CL was "mom" to Midnight, one of Nick's puppy group classmates. 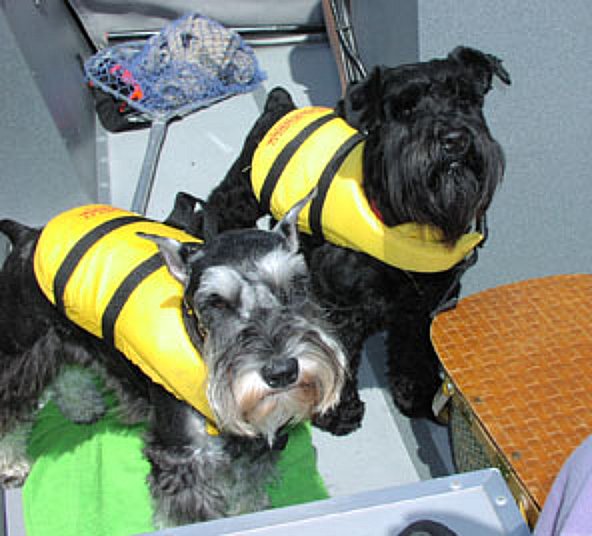 Midnight and Nick hit it off immediately.  For the remainder of the week we relaxed, hung out, went boating... 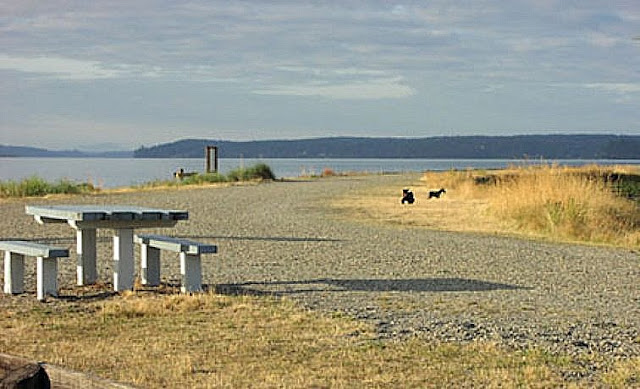 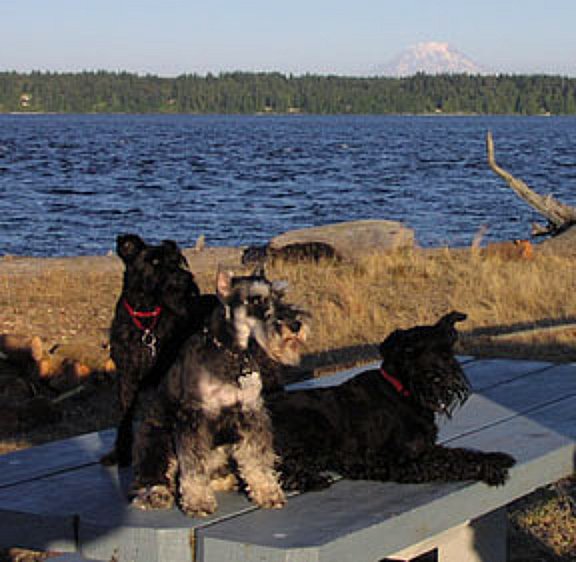 ...and frolicked on a beach in the shadow of Mt. Rainier joined by Midnight's friend, Misty (also an alumni of the puppy group).  Although I haven't seen my west coast friends in many years, we have kept in touch.  A few days ago when CL was proudly posting pictures of her son's graduation from college, I thought about this trip and how much fun it had been.  Nick turned twelve last week-older than CL's son had been when I visited.  Where had the time gone?  How could it be that our puppies were now considered seniors?

Last night I received a message from CL that Midnight had to be helped to the bridge.  Although this news saddens me on many levels and has flooded my mind with memories and thoughts, I'm struggling to put any of it to words.  Sometimes words just aren't sufficient.