Last night, a hard frost brought the 2012 growing season to a screeching halt at Idyll Haven.  Usually I dodge the first few predicted frosts, but not this year.  At first I was skeptical.  We all know how network TV horribly hypes weather these days.  But when those lying weather bastards lowered the predicted overnight temps to 27 F they got my full attention.  So instead of my usual approach of tossing caution to the wind, I dashed around after work and tossed a bunch of plants into the garage for safe keeping (Deanne...please note the yellow Abutilon on the far left). 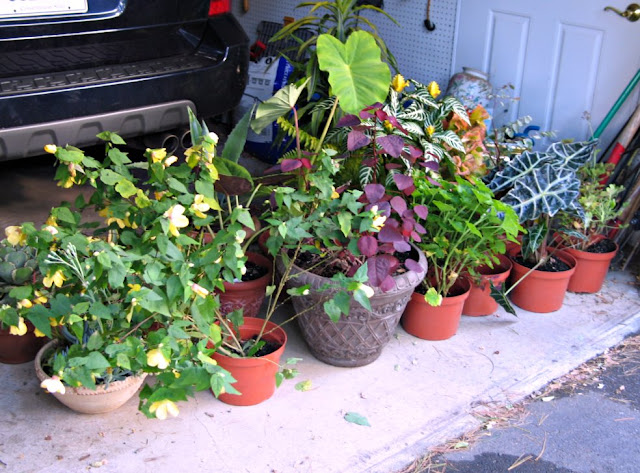 And it's a good thing I did.  Even though I know the end is inevitable, what really irritates me the most about this particular frost was that last night was an aberration.  When you look at the extended forecast, there isn't a night under 40 F in the foreseeable future.  Boo!  Hiss!  Last year we didn't get frosted until the end of October and then it was a freak snow storm that blew out my power for six days and forced me to move out of my house (don't get me started on that fiasco).  But even when considering the possible alternatives this whole end of season business is not easy for a gardener to accept.

My mom is visiting for the weekend on her way to Florida for the winter so I guess she isn't the only one heading south.  And by now you'd think I'd be used to a climate that can take this... 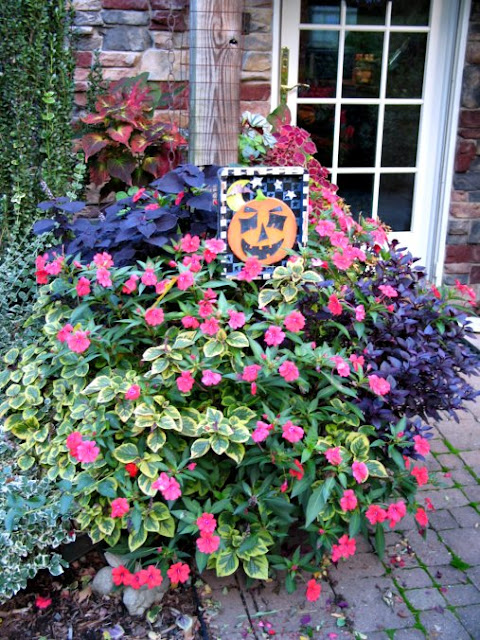 And in just a few short hours turn it into this... 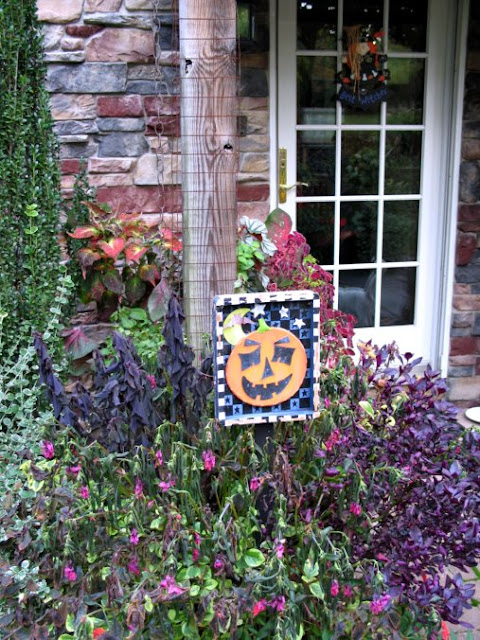 Despite the challenges 2012 was a good season, but the time has come to clean up and move forward.