Here in the northeast, not much garden related activity goes on outdoors in the winter.  Plants are frozen and dormant, the ground is normally snow covered and the weather can be downright inhospitable.  Most people who know me know I'm not shy to admit that winter is my fourth favorite season and January my twelfth favorite month.

January is not only my twelfth favorite month, it's my busiest month at work. Consequently we keep plenty of firewood and wine in the house allowing me to remain sufficiently distracted, properly toasted, and more than ready to take on whatever crap January hurls my way.  So far, so good.

A week or so ago the weather changed.  Average daily temperatures started running ten or more degrees above normal.  It's been raining.  All the snow has melted.  It feels more like March than January.  Yesterday I stood on the front steps and took this picture of the front yard.  Not too shabby, eh?  Maybe this year January will end up being my eleventh favorite month.

With the exception of what is being called a nor'easter of mostly rain that is scheduled to arrive tomorrow, this oddly mild weather is predicted to continue for at least another week. I'm not naive enough to think that winter is over.  Not by a long shot so quick, somebody pinch me!

By now you must be thinking that this is all fine and good but the only reason you came here was to see what qualifies as a winter garden in New England.  And so you shall.  But it won't be my garden.  I barely have anything that qualifies as a summer garden yet at the new house and I doubt the half dormant bananas I have stashed in the basement would be much interest to anyone.

As luck would have it, yesterday I attended a late Christmas get together with my good friends and gardeners extraordinaire, Monique and Les.  Monique and Les have one of the best small residential gardens I've ever seen.  During the regular garden season it's a sight to behold.  In winter, the hardscape, thoughtful placement of specimen evergreens and trees, and eclectic collection of garden art combine delightfully together and prove that yes we can have an interesting garden in New England in the winter.  Yes we can. 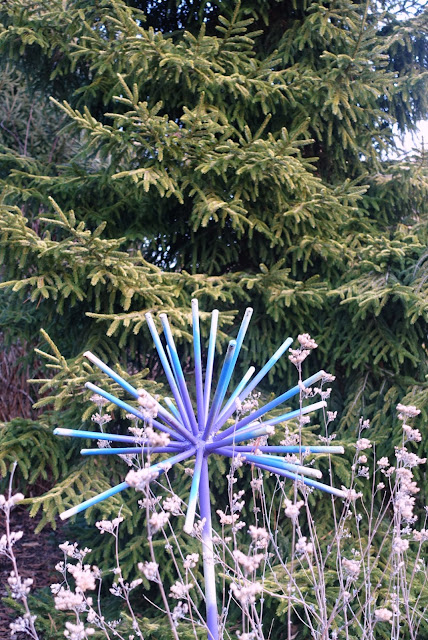 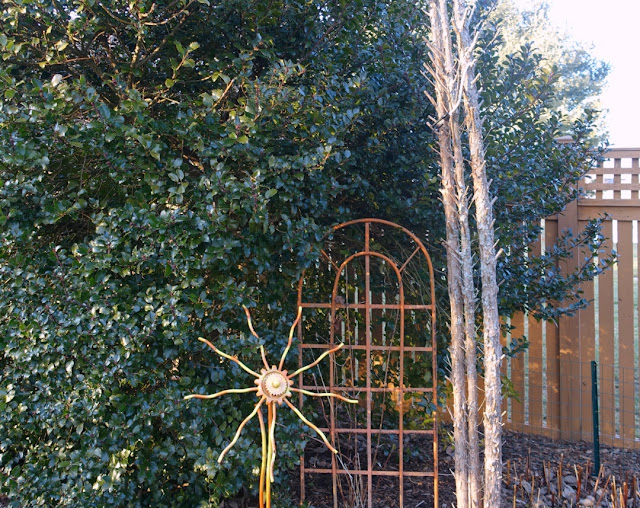 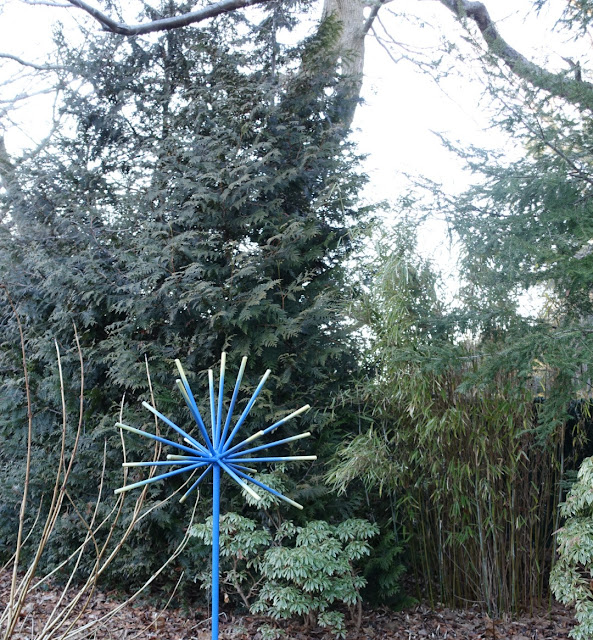 Monique and Les have collected quite a few of Inta Krombolz's garden sculptures.  Inta's garden, located in Chester County PA is a jaw dropper.  A few years ago I had the good fortune to get in for a private tour during an "Idyllunion". 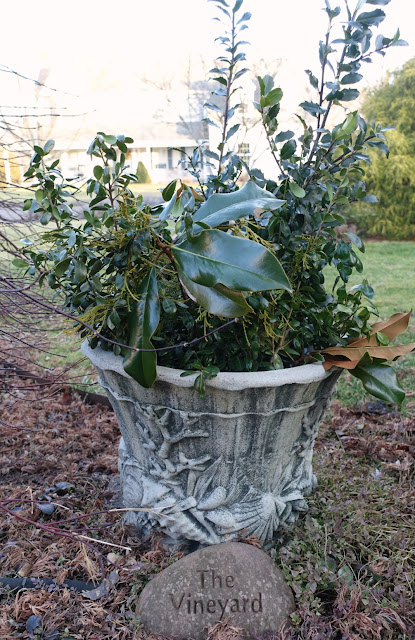 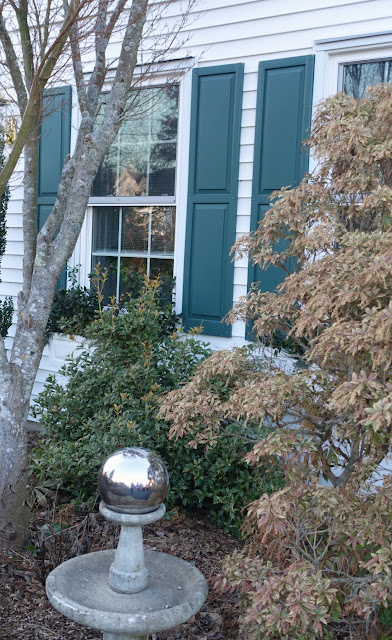 Trust me this garden looks way better in person.  One of my Christmas presents was a new point and shoot Sony Cybershot which I used to take these pictures.  I'm still playing with settings and getting used to the camera.  To be honest I'm not thrilled with the quality of these pictures which were taken on an automatic setting.  No doubt the issue is with the operator because a photographer I'm not but with a bit of practice I hope the quality of my pictures will improve.